We were very sorry to learn of the death of one of our oldest ‘Old Henricians’, Michael Barnard, who died on 13th March 2020, aged 91.

Michael attended what was then Prince Henry’s Grammar School from 1939-44 and was a member of a longstanding local farming family in Badsey. His wife Pam (née Olga Pamela Wheatley), to whom he was married for 67 years, was a contemporary at PHGS and they maintained strong links with Prince Henry’s, regularly attending concerts and Speech Day, and joining us for our annual Old Henricians tea party in April 2018.

Michael was a well-known local historian and artist, whose distinctive illustrations featuring the history, landmarks and life of the Vale of Evesham, were regularly published in the Evesham Journal, Cotswold Life and other magazines for many years. He kindly donated several original paintings to the school, which captured his memories of Prince Henry’s, both from his time as a student and in the years after.  They often contained references to incidents he recalled, such as a training plane which crash-landed on the school field, or the Princess Royal’s visit to officially open the PRH in 1960.  A lifelong plane enthusiast, the Defford Air Heritage Group staged an exhibition of Michael’s work, including pictures loaned by the school, as part of the RAF Defford Heritage Day at Croome Park in July 2016.

Michael is survived by Pam, as well as a son and two grandchildren, and our thoughts are with his family friends. 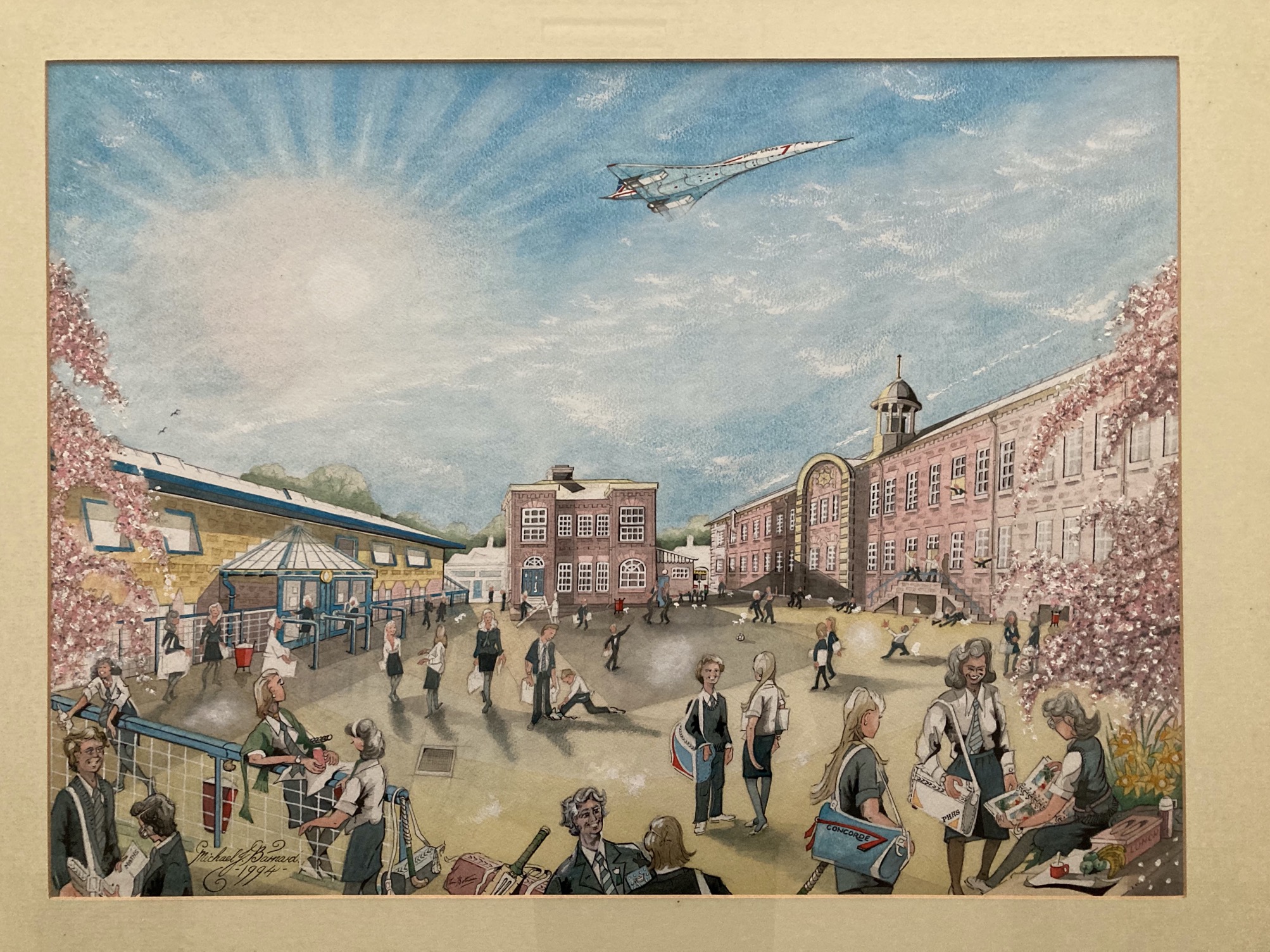 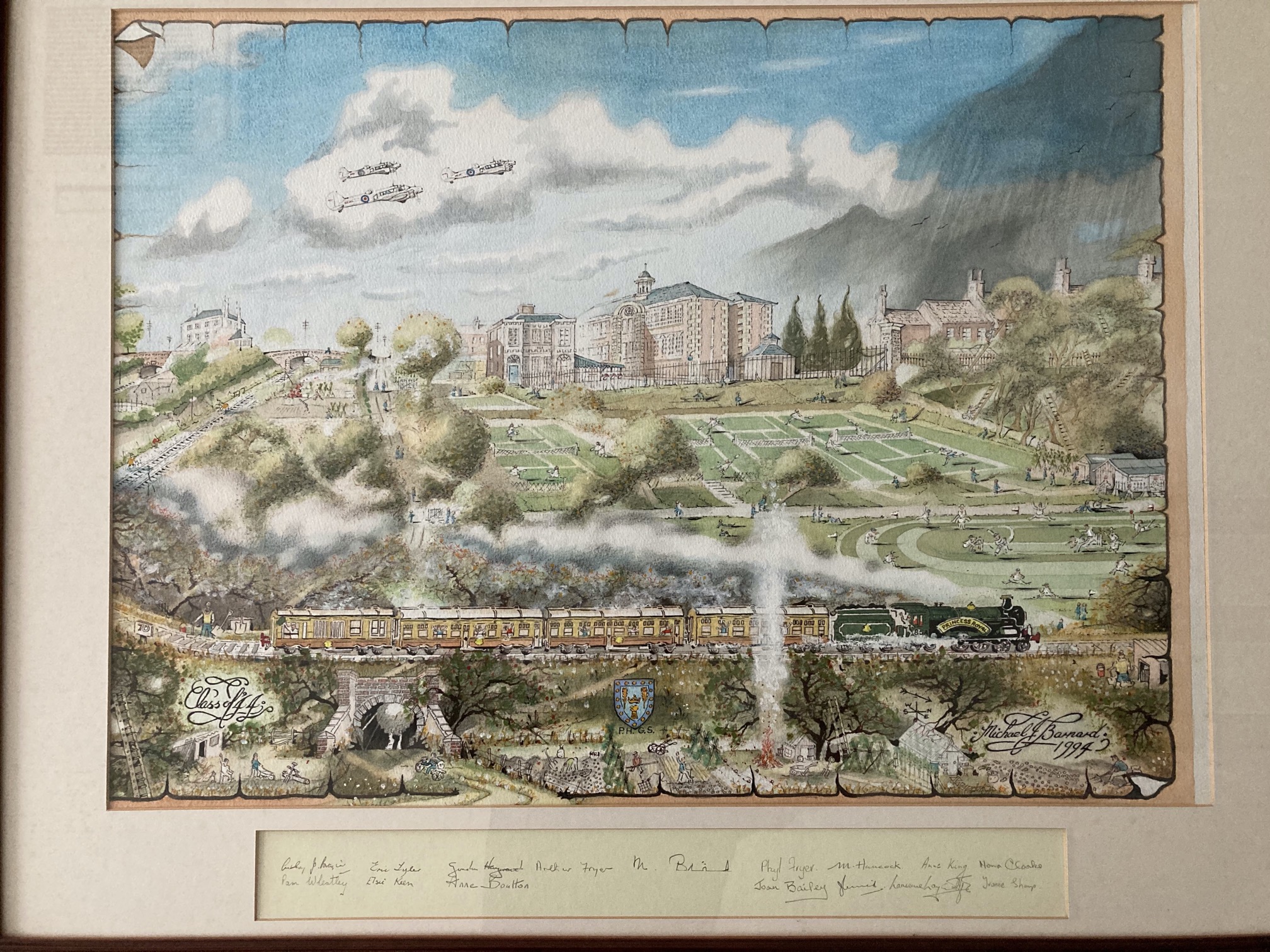