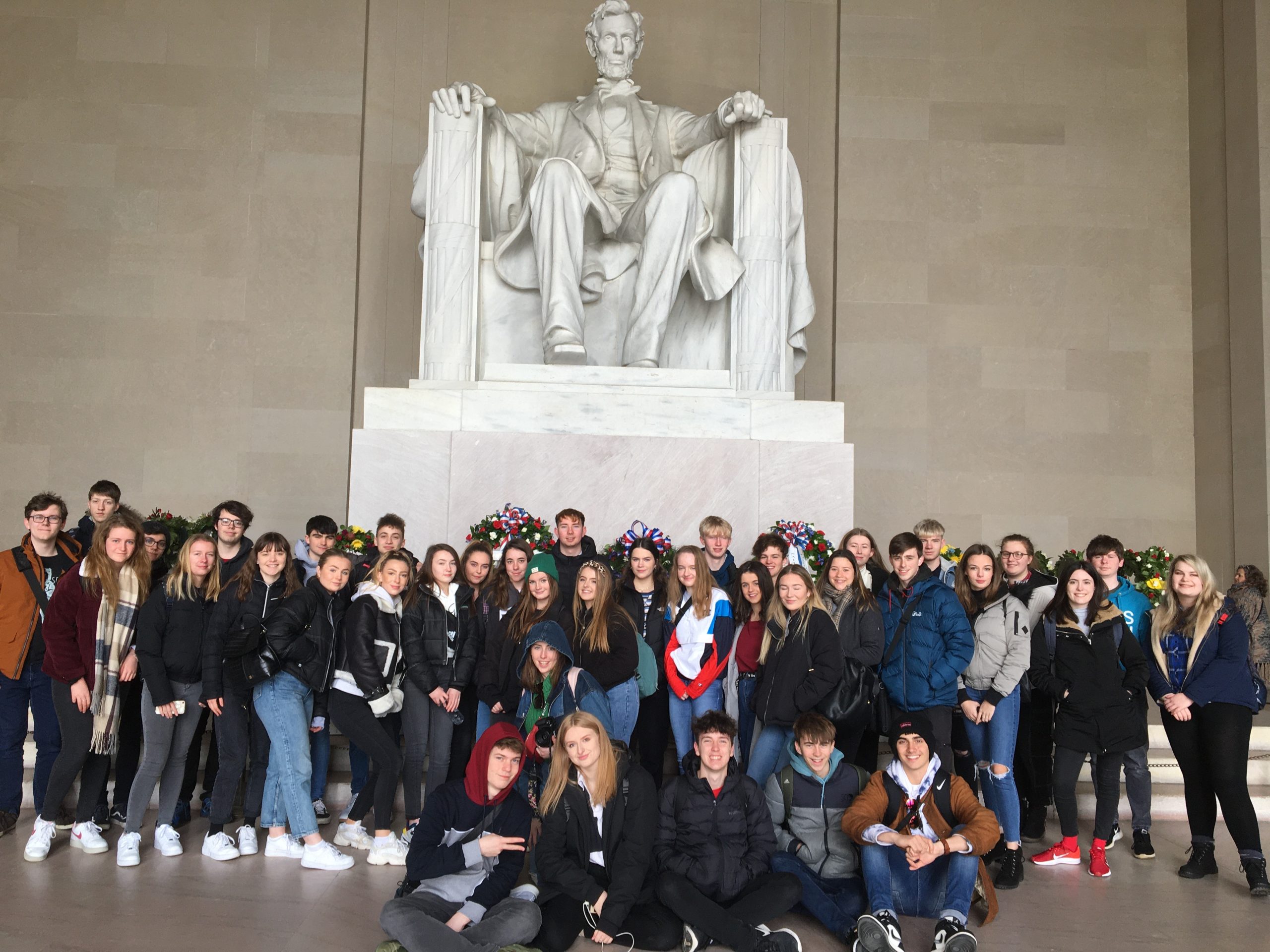 At the Lincoln Memorial

A group of 40 sixth form students has just returned from a half term visit to New York and Washington DC. During the visit the students experienced many different aspects of the culture, society, history, politics and food of the USA.
Despite leaving England at the height of Storm Dennis we arrived more or less on time at Newark Airport and enjoyed a night drive to our hotel in Midtown Manhattan, close to Times Square. After a supper of enormous New York pizzas which ultimately defeated even the hungriest of students we all attempted to sleep, although having not adjusted to NY time we all woke very early. 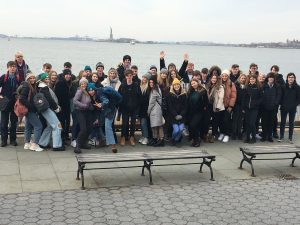 The View Across to Liberty Island

Breakfast was booked at a local Italian Trattoria and so we enjoyed large helpings of pancakes (with maple syrup), french toast (with maple syrup), bacon (with maple syrup) and eggs with potatoes (no maple syrup!). We took the subway to Battery Park and boarded the Staten Island Ferry to the Statue of Liberty and Ellis Island which included a very informative visit to the Immigration Museum where we learnt about the way in which different waves of immigrants from Europe and other parts of the world had shaped American society as well as seeing the sometimes difficult condition which new migrants experienced. The views approaching Liberty Island and looking back to the Manhattan skyline were breath-taking. Following this visit we walked through Lower Manhattan, via the New York Stock Exchange and Wall Street to Ground Zero, the September 11 Memorial, which was a very poignant experience. The evening was spent watching a performance of ‘The Phantom of the Opera’ on Broadway which was fantastic; even those students who were less enthusiastic about Musical Theatre were impressed by the spectacle. 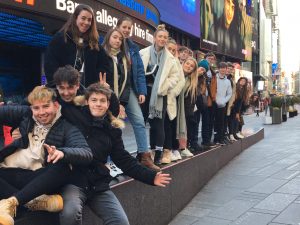 On the last full day in New York we had a 3 hour guided walking tour of Midtown Manhattan; our guides, Tony and Jeremy had some really informative stories and quirky anecdotes about some of the key buildings and areas in Manhattan including Times Square itself, Broadway, Grand Central Station, the Plaza Hotel, St Patrick’s Cathedral, Bryant Park, Rockefeller Centre and Trump Tower. We were all taught to ‘walk with purpose’ like New Yorkers! Lunch was spent exploring Central Park, and its eateries, before a visit to the Metropolitan Museum where students had free time to view the galleries that interested them most. After more time for eating and shopping, we all walked to the Empire State Building for an evening visit. The night views from the top were astonishing and we were lucky to visit at a fairly quiet time so that we were able to wander around the viewing floor at our leisure. There was also an interesting exhibition about the history and culture of the building which we all enjoyed. 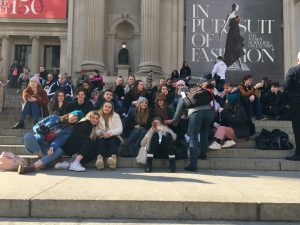 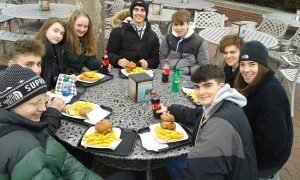 We left New York the next morning and travelled by coach to Philadelphia to see the Liberty Bell and have a guided tour of Independence Hall. Whilst in Philadelphia there was time for lunch to experience the famous Phillysteak sandwich and other delicacies and we also enjoyed other exhibitions associated with the American Revolution and Independence as well as shopping time. We then all travelled on to Washington DC where we were staying in a hotel between the White House and Capitol Hill. We had a group dinner and then afterwards there was still time to venture out to look at the main sights of the city, including the floodlit White House. 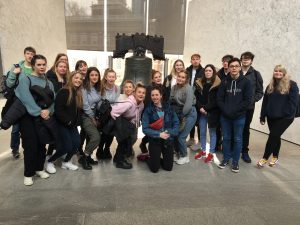 The Liberty Bell in Philadelphia

The next day we visited the Lincoln Memorial, it was a very poignant moment to stand on the steps where Martin Luther King delivered his ‘I have a dream’ speech and to stand at the feet of the statue of Lincoln. We then walked down the National Mall, via the Washington Monument and the various war memorials before arriving on Capitol Hill for a guided tour of the Capitol Building where we learnt a lot about the establishment of the United States and the compromises made to unify the nation. At the Vietnam memorial we met a volunteer veteran who gave a really informative talk and answered lots of our questions. In the afternoon some students stayed in the Capitol Building to see the House in session whilst others explored Smithsonian Castle; the most popular museums being the Air and Space Museum and the Museum of the Native Indian. The evening was spent bowling at Lucky Strike which was great fun; we had booked a ‘teen party’ so enjoyed American hospitality at its most liberal with constantly refilled plates of food and jugs of fizzy drinks. Two hours of bowling went very quickly and with lots of laughs, and then there was some free time to finish exploring the city. 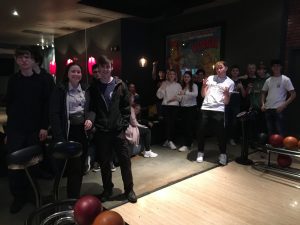 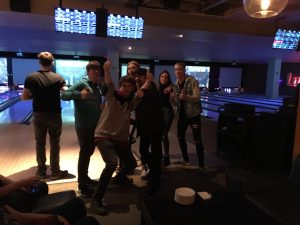 On the last day we visited the Arlington National Cemetery which was very moving; we saw the changing of the guard at the tomb of the unknown soldiers, looked around the museum and the Memorial Amphitheatre and saw JFK’s tomb with its eternal flame burning. Then we drove on to Mount Vernon, in Virginia, the ancestral home of George Washington. We had a guided tour of his plantation home and were able to see his family tomb as well as pottering around the grounds and enjoying views across the Potomac River to Maryland. Then our coach took us to Baltimore airport ready for a night flight home. 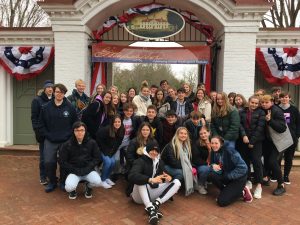 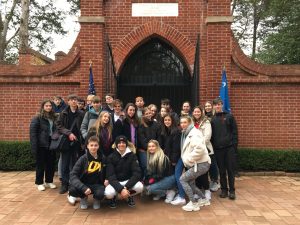 At the Tomb of George Washington

We arrived back in England on Friday, very tired and with very high ‘step counts’, but full of new experiences and the complete range of American food, having had a wonderful time.