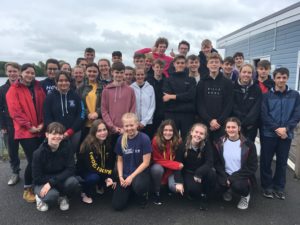 The newly elected Senior Prefects enjoyed the traditional team-building visit to Upton Warren outdoor centre with Mrs Webb, Mrs Tozer and Mr Martin. The weather was not entirely kind but our new prefects remained undaunted by the heavy rain showers. 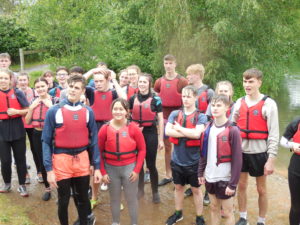 The students faced many personal challenges, whether this was conquering their fears through various outdoor activities or cooking for the first time on a gas stove. The Prefects’ teamwork was exceptional – they all supported and helped each other even in opposing teams. On the first morning they took part in a range of different challenges some cerebral and some physical so that they could develop their teamwork, communication and leadership skills. Then they moved on to greater physical challenges. Many of them found the high ropes course initially daunting but we were delighted that they all attempted the different parts of the course and we enjoyed hearing the results of their adrenaline rush as they screamed on the big swing. The two afternoons were spent on the water and fortunately, the rain held off so that the only time they got wet was when they fell in! On the first day there was an afternoon of canoeing which included a range of canoe games and races and seemed to involve a lot of violent splashing. The final afternoon was spent raft building in three teams culminating in a race, with varying degrees of success, across the lake. One of the rafts proved to be not entirely ‘lake-worthy’ but some pirate raids then followed to ensure that once again everybody got wet. 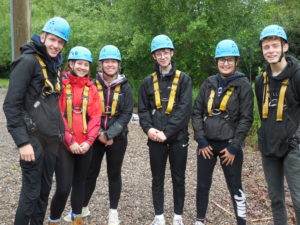 The weather was dry and warm enough for evening meals to be eaten outside and some prefects managed to barbecue. The day was rounded off with an exceedingly competitive game of Extreme Bingo and some quizzes which had varying degrees of challenge. The night under canvas proved to be a wet one for some but the prefects all got up to cook their breakfasts in high spirits ready for their second day of team building. 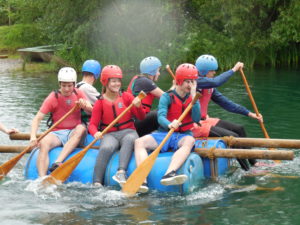 It was an absolute pleasure watching the prefects getting to know each other better and developing their leadership, communication and team work skills. The Prefects will now be taking up duties around the school including helping at both the Sixth Form and Year 9 Induction Days. 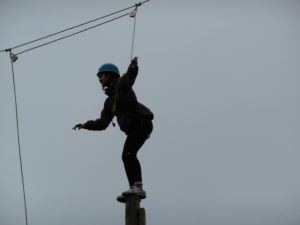